"The Grand Gypsy offers a unique glimpse into a hidden world - that of the circus. The book was compiled by Ottavio Gesmundo, using a memoir written his grandfather, Ottavio Canestrelli, and tells the story of the Canestrelli family circus. The threads of various circus families come together in the twoOttavios. Through the memoir we follow the rising star of Canestrelli as he perfects his daring act and travels with various circus groups across Europe, Asia, the Middle East and South America. As political storms gather over Europe, the family resettles in the USA, where they perform with Ringling Brothers and later, his glamorous daughter La Tosca is crowned Queen of the Circus. The book portrays triumphs as well as accidents and mishaps. Among Ottavio Canestrelli's later coups are the two performances on the Ed Sullivan show and a world tour with his troop of engaging chimpanzees. The final part of the book introduces the current generation of Canestrellis, but also shares numerous promotional and other photos of the family and the circus.

If you have ever dreamt of running away to the circus, then The Grand Gypsy is for you. Although there are two authors, the narratives are masterfully and harmoniously blended to create a fascinating chronicle of circus history. While Canestrelli relives the exciting heyday of the Big Top, Gesmundo adds meticulous details to anchor his grandfather's account securely within its era. It is this contribution that elevates this book from memoir to valuable historical record. It reaches beyond circus life to add insightful snapshots into the first half of the 20th century, in exotic locales such as Dakar, Bombay and Senegal, but also raises the curtain on the hazards and dangers of performing by showing what can happen when a performance goes wrong. It is obvious that a lot of care has gone into the creation of this account and for its richness in detail we are indebted to both Ottavio Canestrelli and Ottavio Gesmundo."

Reviewed by Carine Engelbrecht for Readers' Favorite May 12, 2017 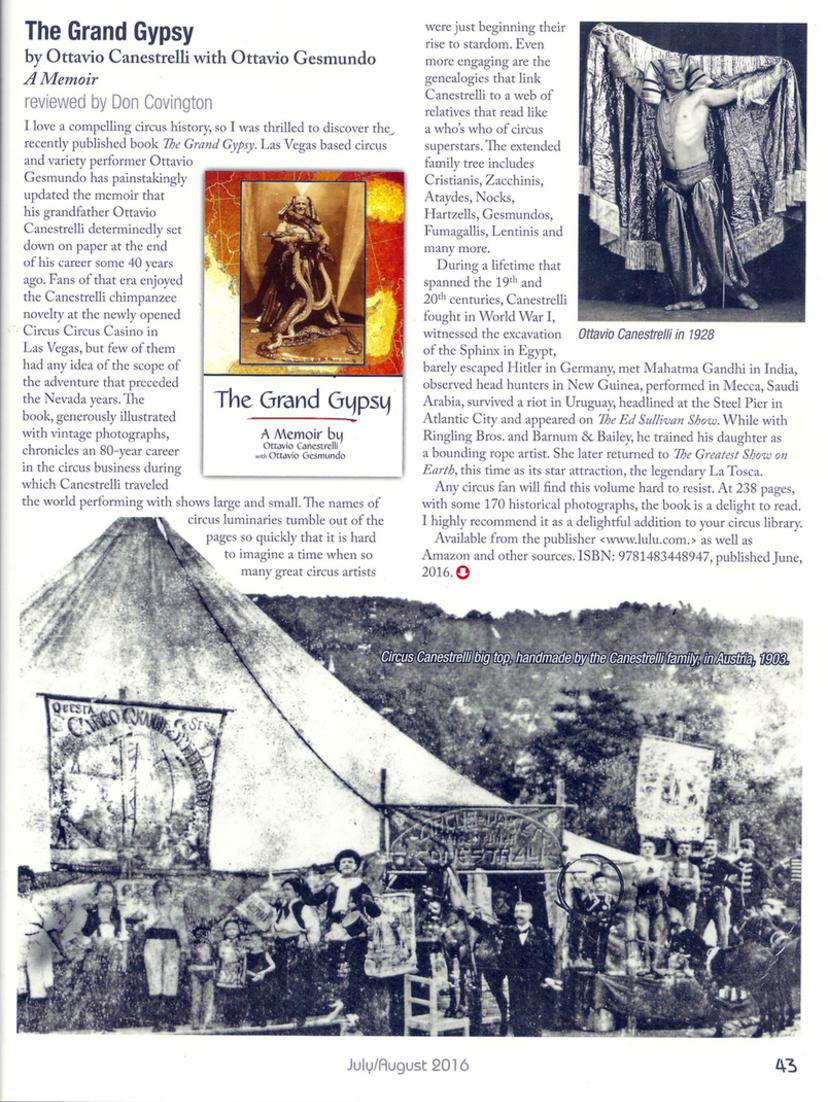 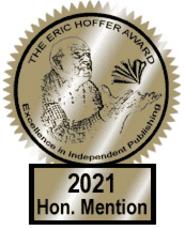 "The Grand Gypsy: A Memoir is the enchanting story of Ottavio Canestrelli, an Italian circus performer. Born into a circus family several generations long, Canestrelli was raised under a makeshift big-top, performing alongside his family members and a colorful menagerie. As an adult, he traveled the world, both as a performer and while in the army. He shares his stories of growing up in a circus, living and fighting through both World Wars, crossing paths with grand historical figures like Gandhi, and carrying on the legacy of the Canestrelli Circus. After Canestrelli passed away, his grandson, Ottavio Gesmundo, polished and published his grandfather’s memoir, honoring the man he knew as The Grand Gypsy.

This book opens with a quote by author, historian, and editor, Dominique Jando: “Artists from old Italian circus families are the keepers of a precious wealth of historical knowledge.” That alone sums up Ottavio Canestrelli’s memoir perfectly. His words are, quite simply, precious. His life experiences and unique voice in sharing them help shed a new light on one of the most fascinating and tumultuous eras in history. Peppered with additional text from his grandson, Gesmundo, and a plethora of captivating historical photographs, The Grand Gypsy is an outstanding literary experience from beginning to end.

The Grand Gypsy is equal parts an entertaining portrait of circus life, a war drama, a heartwarming snapshot of family life, and a thrilling memoir. By the end of the book, Ottavio and the Canestrelli family feel welcome and familiar, as if all who read The Grand Gypsy: A Memoir are now truly a part of the Canestrelli legacy, too.

Originally critiqued by a member of the Authors Talk About It team. 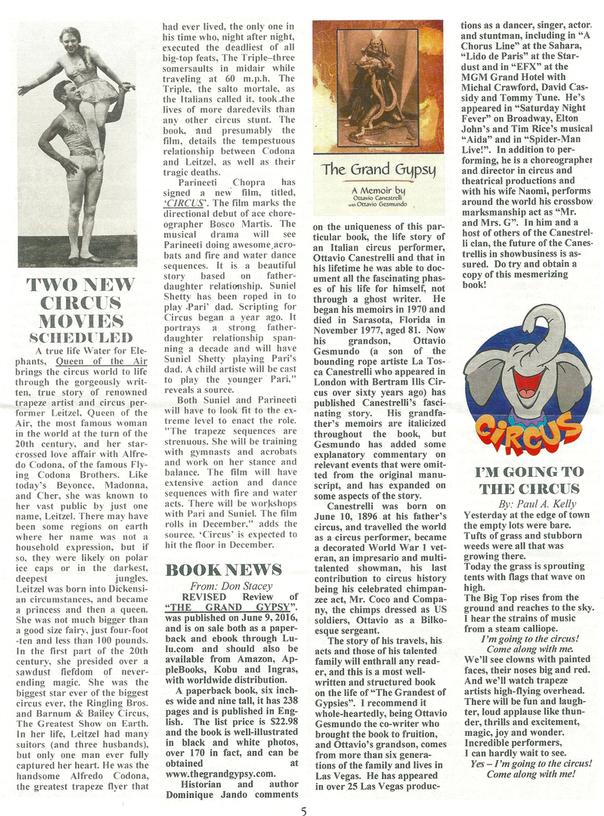 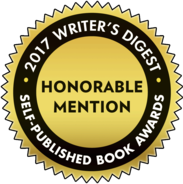 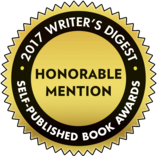 “The pictures in the book are astonishing. With its pictures and rich anecdotes, this is a treasure of a book." 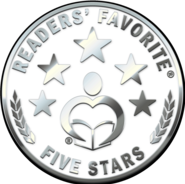 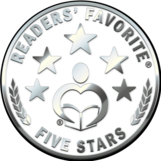 Plot: This memoir is a fascinating and engaging look at gypsy life, the circus, and decades of history that will keep readers turning pages.

Prose: Ottavio Canestrelli is a natural storyteller and his original prose is strong and compelling. Ottavio Gesmundo's additional text is sometimes repetitive, although the overall effect is not intrusive and adds to the work.

Originality: The story of Ottavio Canestrelli is unique and this book, rich with history and filled with humor, is fresh and memorable.

Character Development: Ottavio Canestrelli is fascinating and well rendered, and readers will definitely be interested in his remarkable story. 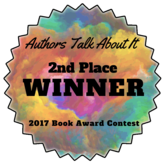 “Artists from old Italian circus families are the keepers of a precious wealth of historical knowledge. Unfortunately, they rarely write, or if they do, they use the help of a ghostwriter who generally doesn’t truly understand the tenets and traditions of circus life, or even the difference between "high wire" and “trapeze.” Ottavio Canestrelli, however, was an avid book reader who could write, and he wrote about his extraordinary and fascinating life — as lives of his ilk always are.

Ottavio Gesmundo, his grandson, ran away and joined the real life, got a “serious” education, and eventually returned where he belonged — the circus. He thus was the perfect editor for Ottavio Canestrelli’s writings, and a wonderful guide to make us better understand his grandfather’s memories of what is to many an unfamiliar world. The Grand Gypsy is indeed fascinating and highly enjoyable reading, not only for anyone interested in circus history, but also for any curious or adventurous mind.” 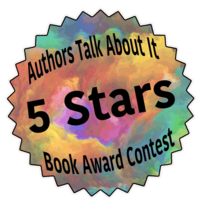 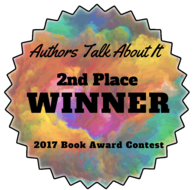 Authors Talk About It Review

"The Grand Gypsy” was published on June 9, 2016 and is on sale both as a paperback and eBook through Lulu.com and should also be available from Amazon, AppleBooks, Kobo, and Ingram, with worldwide distribution.

A paperback book, six inches wide and nine tall, it has 238 pages and is published in English. The list price is $22.98 and the book is well-illustrated in black and white photos, over 170 in fact, and can be obtained at www.thegrandgypsy.com.

Historian and author Dominique Jando comments on the uniqueness of this particular book, the life story of an Italian Circus performer, Ottavio Canestrelli and that in his lifetime he was able to document all the fascinating phases of his life for himself, not through a ghost writer. He began his memoirs in 1970 and died in Sarasota, Florida in November 1977, aged 81. Now his grandson, Ottavio Gesmundo (a son of the bounding rope artiste La Tosca Canestrelli who appeared in London with Bertram Mills Circus over sixty years ago) has publishedCanestrelli’s fascinating story. His grandfather’s memoirs are italicized throughout the book, but Gesmundo has added some explanatory commentary on relevant events that were omitted from the originalmanuscript, and has expanded on some aspects of the story.

Canestrelli was born June 10,1896 at his father’s circus, and travelled the world as a circus performer, became a decorated World War I veteran, and impresario and multitalented showman, his last contribution to circus history being his celebrated chimpanzee act, Mr. Coco and Company, the chimps dressed as US soldiers, Ottavio as a Bilko-esque sergeant.

The story of his travels, his acts and those of his talented family will enthrall any reader, and this is a most well-written and structured book on the life of “The Grandest of Gypsies”. I recommend it whole-heartedly, being Ottavio Gesmundo the co-writer who brought the book to fruition, and Ottavio’s grandson, comes from more than six generations of the family and lives in Las Vegas. He has appeared in over 25 Las Vegas productions as a dancer, singer actor, and stuntman, including in “A Chorus Line” at the Sahara, “Lido de Paris” at the Stardust, and in “EFX” at the MGM Grand Hotel with Michael Crawford, David Cassidy, and Tommy Tune. He’s appeared in “Saturday Night Fever” on Broadway, Elton John's and Tim Rice’s musical “Aida” and in Spider-Man Live!”. In addition to performing, he is a choreographer and director in circus and theatrical productions and with his wife Naomi, performs around the world his crossbow marksmanship act as “Mr. and Mrs. G”. In him and a host of others in the Canestrelli clan, the future of the Canestrellis in show business is assured. Do try and obtain a copy of this mesmerizing book!

A memoir by Ottavio Canestrelli